About the EBE Film Festival

The EBE Film Festival is a celebration of ground-breaking films which push the limits with their exploration and study of UFOs and related phenomena.

The EBE Film Festival runs throughout the International UFO Congress. The film festival begins on Tuesday, September 8, the day before the conference. This is when all accepted entries are viewed and judged by volunteer judges. Anyone can volunteer to be a judge as long as they plan to view all entries, but one does not have to be a judge to attend all or some of the film screenings. The top 3 films in each category (Long Form and Short Form) will be shown either Thursday or Friday night (September 10 -11, respectively), depending on movie lengths and the time available each evening. The films shown Thursday and Friday night (top 3 from each category as decided by Tuesday’s judging) will also be eligible for the People’s Choice Award, which will be determined during the awards ceremony on Saturday, September 12.

All winners will be announced on Saturday, September 12th during the banquet and EBE Film Awards Ceremony. 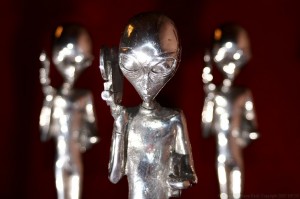 Tuesday, Sept 8th – 9 am to 10 pm: Watch all accepted entries FREE. If you stay for all of one category, you can be an official judge! Short films will be shown first. See film list below. Where: TBA

These films have made it past the first round of screening and will be part of the judging taking place Tuesday September8th, 2019 at the Sheraton Downtown Phoenix. The top three in each category will be show Thursday and Friday night during the conference.